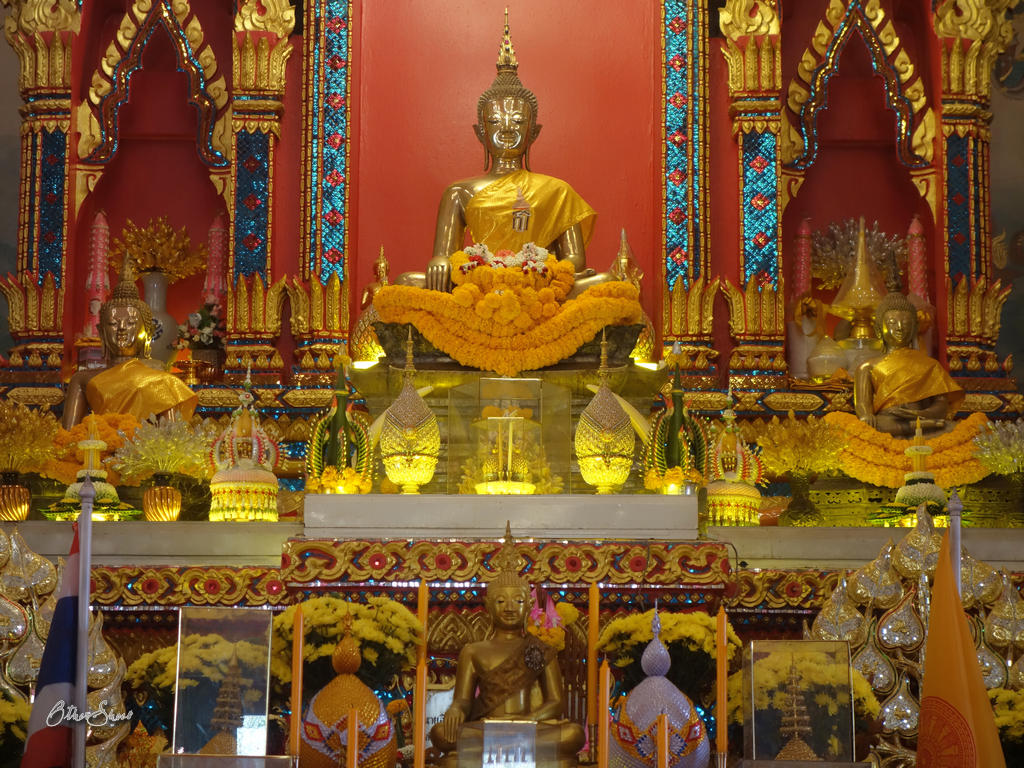 Nong Khai seems to have a history of losing important spiritual landmarks and artefacts. There is a sunken chedi in the Mekong, of which only a corner can be seen during low tide and a precious Buddha image that is swallowed forever by the waves of the big river.

Another important one is only lost for the Lao, but most prominently displayed on the Thai side of the Mekong: It is a rare statue made of bronze and gold and history knows that it was specifically made upon request by the daughters of a Lao king many a century ago.

Three of the special Buddha images were created at the time and all three of them got captured in a Siamese invasion 1778. The victorious rafted the statues over the Mekong, but one called Phra Suk was lost in a storm, and another one called Phra Soem went to Bangkok. The third one called Luang Phor Phra Sai though graces Nong Khai’s largest and most important temple Wat Pho Chai with her presence.

Phra Sai is indeed not only highly revered, but strikingly beautiful. This in itself would be reason enough for a temple visit in Nong Khai, but maybe even more impressive for the foreign visitor are the elaborate murals that tell many a story from ancient and modern times alike. 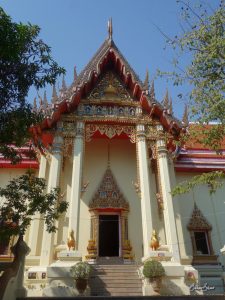 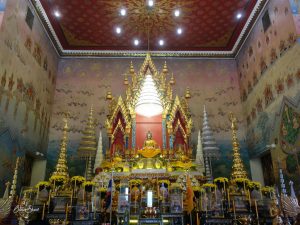 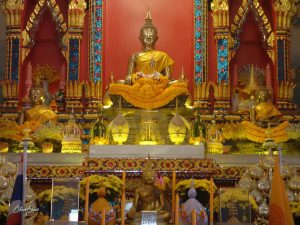 Rare cast of gold AND bronze 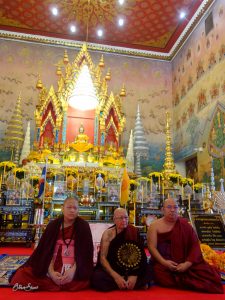 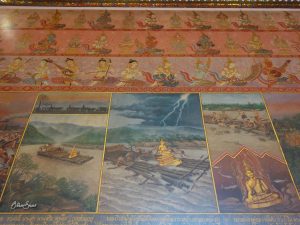 How one of the captured Budhha statues got lost 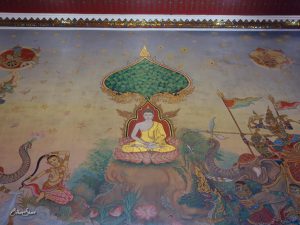 Mural of Buddha under the Bodi tree 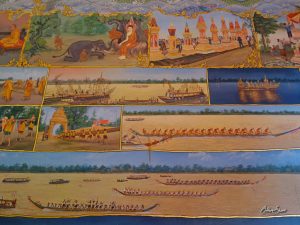 Boat racing on the Mekong 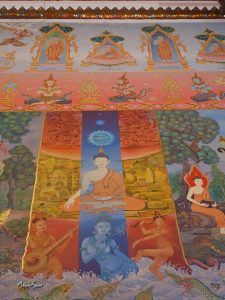 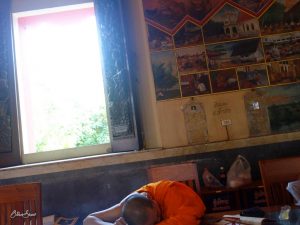 Nothing better than a nap in the office 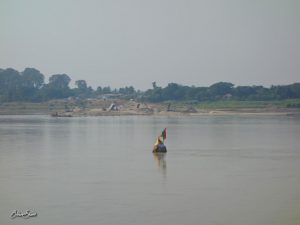 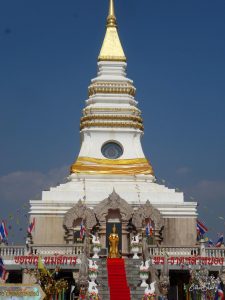 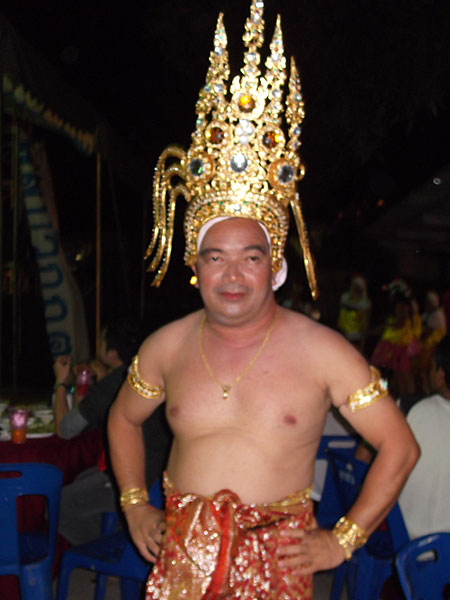 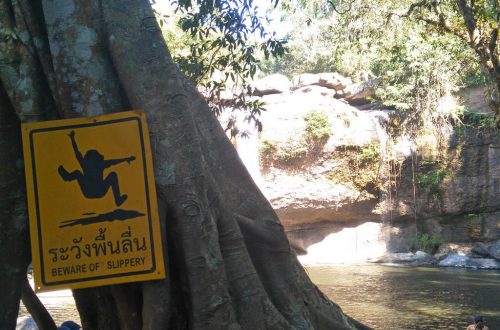 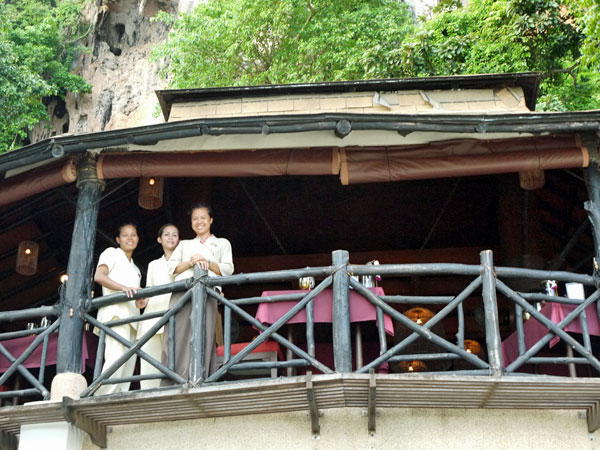