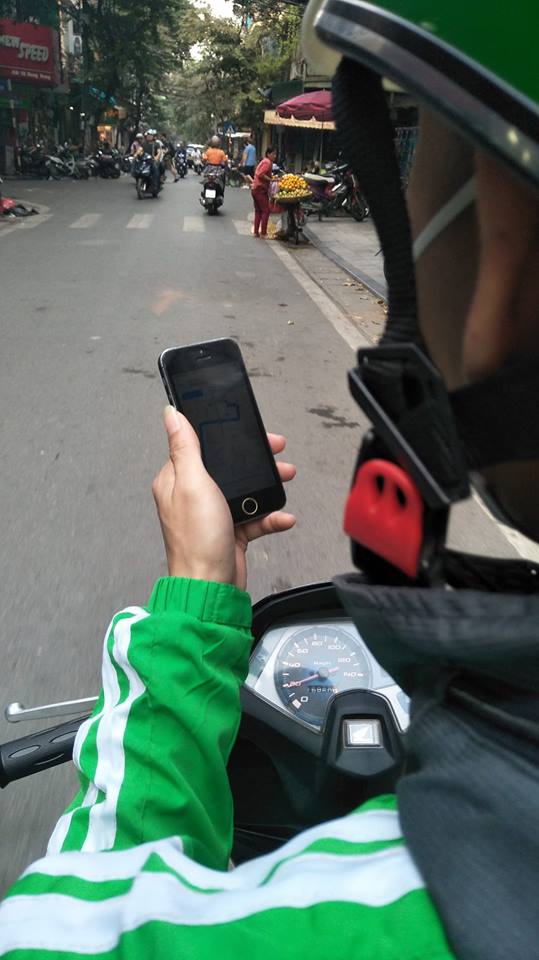 After Ubud and Rishikesh – motorbike madness one level up: Hiring a Grab driver in Hanoi!
What I thought would be a quick errand at the other end of Old Town ended in one of the last true adventures Hanoi has to offer. ?

Entirely fascinated by the possibilities the digital age nowadays offers I’m watching with curiosity on the live map how my “1 minute away” driver takes a lot of turns and loops before he arrives some 15 minutes later at the starting point of the trip – and this only after calling for a better offline (!) description.

He looks like 12 years old, is 15 at best, and already quite exhausted when he greets me. The guys in the coffee shop behind us are joking that I should better do the driving myself and my guy does actually get off the bike offering me the driver’s seat!!! Well that was a quick promotion and maybe I should have gone for it. But mind you Hanoi traffic is not for tired German tour-guiding girls. ?

To cut the story short – eventually we make it in about three times the ETA, the guy driving one-handed, eyes on his phone, apparently not able to interpret the map, sweating in the front, 3 & a half heart attacks in the back. The scheduled nap time for after the errand cancelled due to raised adrenaline levels.

But we had the funny cutie Hanoi helmets, which must have formerly served as soup bowls, and it was for free. First Grab ride promotion. And lots of unexpected fun exploring the Old Quarter. Who needs the touristy rickshaw tour? Go Grab! 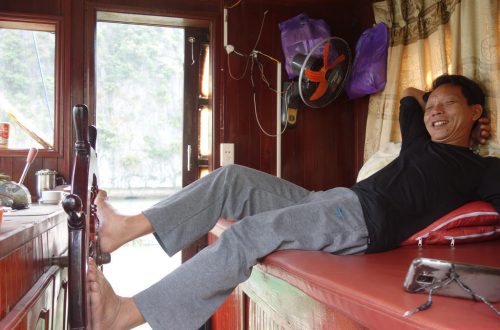 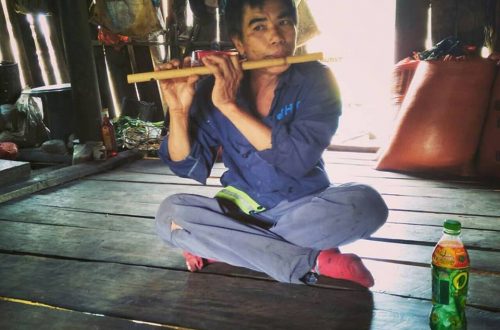 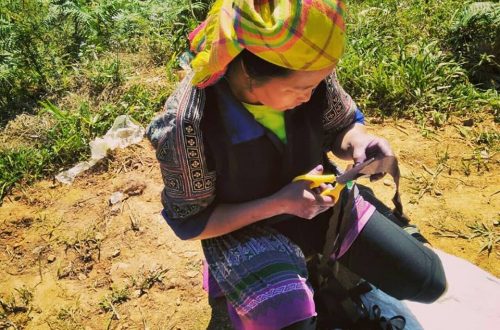